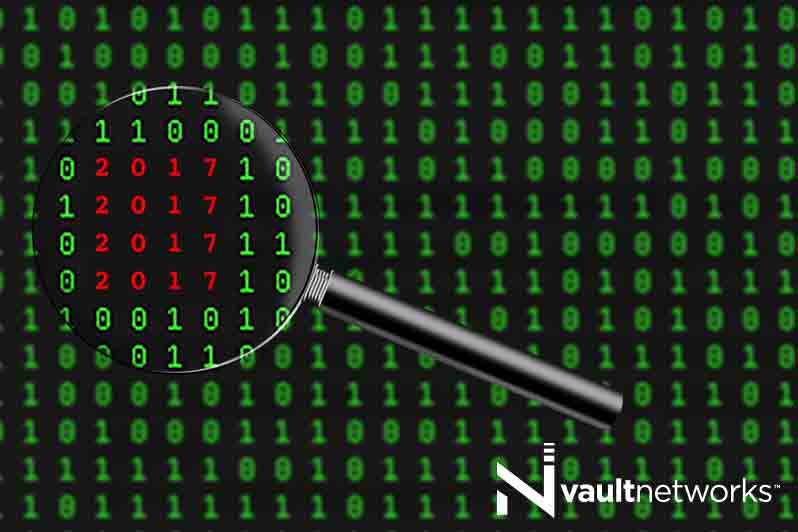 Cybersecurity Threats to Watch Out for in 2017

No one has a crystal ball to predict exactly what threats will show up in the coming year. However, when it comes to cybersecurity, certain companies have a proven track record for being early identifiers of future trends in cybersecurity. Furthermore, due to the nature of technological progress, it is possible to make some informed guesses about what types of hacks, attacks, and worms we will be seeing in the news in the next 12 months. Working with a Vault Networks representative to make sure your data and infrastructure are protected can ensure you will not be the one making news for breaches of privacy or losses of information.

What were the major cybersecurity threats in 2016?

Before we can address the up and coming issues anticipated in 2017, it is worthwhile to reflect on the major players in the past year’s cybersecurity concerns. In fact, the connection between the past and future is very clear; for example, the smartphone and banking attacks are expected to morph to ‘Internet of things’ attacks, in response to strong responses from the security community.

What major issues are anticipated in 2017 and beyond?

Not unexpectedly, cybersecurity threats tend to concentrate on the newest types of technology, as these have the least experienced users and the fewest companies already invested in their protection. As each type of new advancement gains defenses, the attacks do not simply disappear; instead, those attacks shift to similar products or alter their attack enough to evade the security measure. Thus, while some of the issues expected in 2017 are entirely new, still others are expansions or changes to previous threats.

No system connected to the internet is ever wholly impregnable. But, with professional help and conscientious effort, prudent steps can be taken to avert negative consequences and reduce repercussions from cybersecurity attacks. A helpful cybersecurity expert at Vault Networks is standing by to help you develop a plan of protection against these and other potential cyberattacks.

Ready to See How Vault Networks Can Help You?
Got questions? Want to talk specifics? That’s what we’re here for.
Have one of our friendly experts contact you to begin the conversation. Discover how Vault Networks can help you with your Managed Security needs.
•  Call: 305 735 8098. Ext. 2
•  Chat with a member of our team to discuss which solution best fits your needs.